READ THIS Before You Try to Fix Your Sagging Floors Yourself!

Sagging or sloping floors can be a real problem if not taken care of and fixed in a timely manner. Both weather and time can have an impact on soil stability. After all, your house is heavy and if the weight isn’t distributed evenly, or if the soils shifts, problems can arise and the house will need to be levelled. If this happens to you, READ THIS before you watch a DYI show and decide to fix it yourself!

We run into a lot of owner-installed “house jacks” during our inspections. It’s important to know that these “house jacks” are illegal under Florida building code. Unfortunately, they’re being sold at local big Box home improvement centers and people are buying them hoping to save a few dollars.

Recently, I grabbed one off the shelf. I wanted to see what was advertised on the box and to read the fine print. I wasn’t surprised to find the little lettering on one box warning “Consult with a licensed engineer before using“. There’s a reason they’re suggesting you consult with a professional… it’s extremely difficult (sometimes nearly impossible) to successfully jack up your house by yourself. Frankly, we’re surprised that anyone would even want to attempt jacking up a house by themself! There’s a long laundry list of things that could go wrong. After all, houses aren’t just one large stable box. They’re made up of a lot of components and it is extremely easy for portions of the house to lose stability when being jacked up. 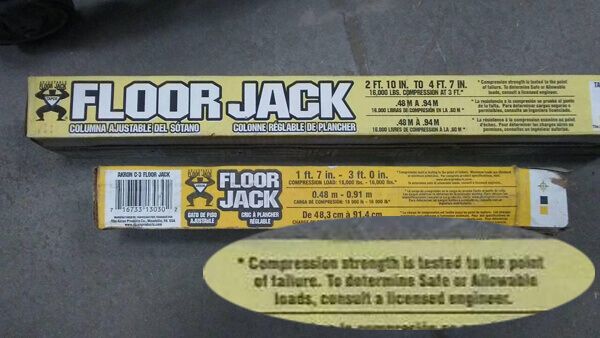 Here are some of the house jacks we discovered during home inspections that were actually being used. Granted, these owners might have consulted with an engineer prior to installing. But from an engineering perspective and safety standpoint, the main issue with these “house jacks” is that they do not have footings under them. This means that the house loads will not be sustainable over time. 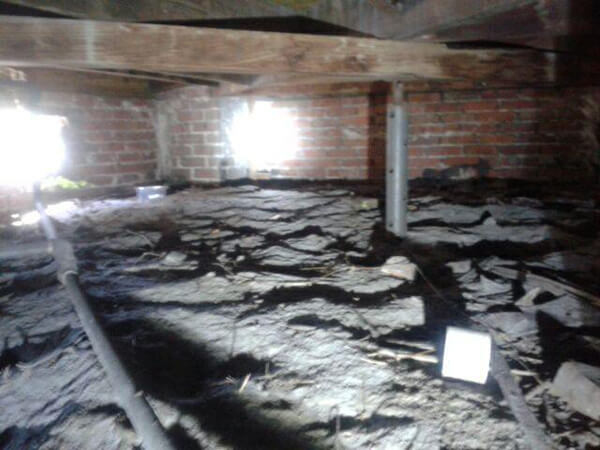 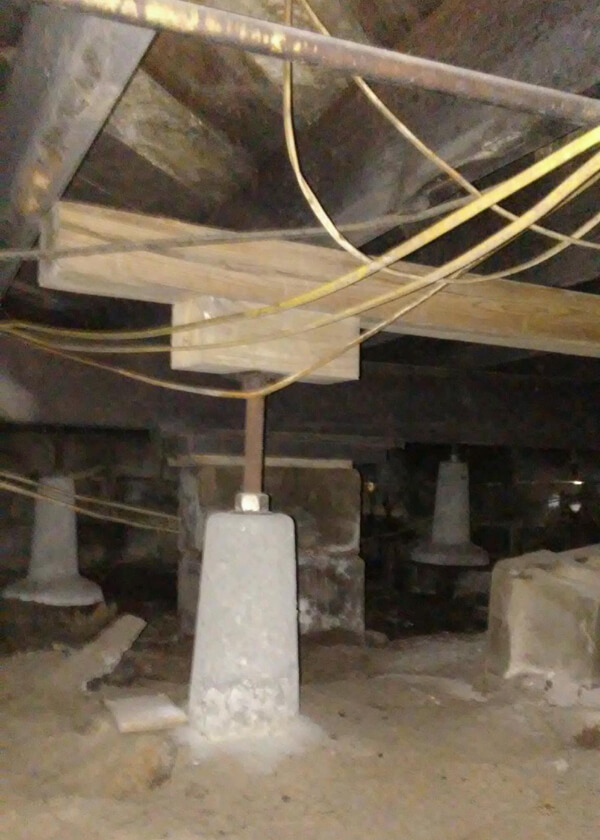 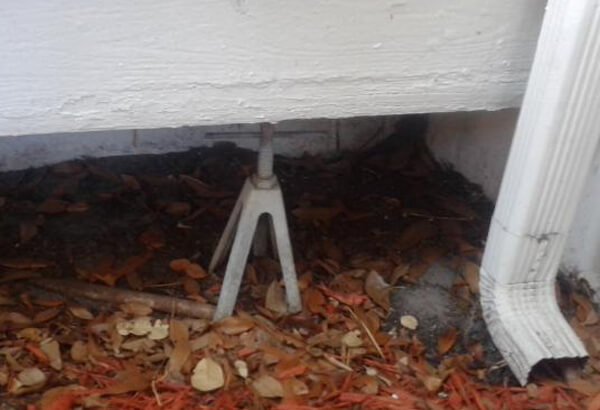 If you are experiencing uneven or sloped floors, let Heavenly Foundations Inc. come to your home and determine the reason for the flooring issue. Call 727-228-6144 to schedule your appointment today.

Ask your foundation question below.